In previous posts, I’ve already looked at some of the ways that history, folklore, and contemporary behavior come together to form what we’ve termed “New World Witchery.” If you’re just jumping in here, you might want to turn back the hands of time with an enchanted pocketwatch (which seems a very Romantic or Steampunk sort of notion) and read the first of these posts on “What is New World Witchery, Part I (Irrational Pragmatism).” There are other posts that follow, on topics like the moral implications of practical folk magic in North America, and the spiritual entities that seem to hover at the edges of (or stand smack in the center of) New World magical practices. You can certainly start here, though, and go where you wish, and let your intuition act as a compass for these explorations. 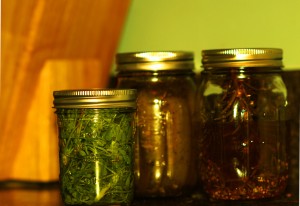 Thinking about witchraft academically is fun (well, for me, at least). Here, however, we turn from the realms of intellect and ether to the dirt-under-the-fingernails side of witchcraft in North America. Magical author Peter Paddon was fond of saying that a good sorcerer can do magic stark naked in a concrete bunker, and I certainly agree that on some level that is true. However, for most people practicing magic in an everyday way, the “stuff” of witchcraft is vitally important. Again and again, we see that the physicality of magic plays a crucial role in how that magic operates, how those who perform the magic perceive the world around them, and how magic shapes the actual spaces around both practitioners and those with whom they have contact. The objects and spaces of magical action, the artifacts of witchcraft as they might be called, are often both a highly attractive element of the practice and one of the ways in which magic reaches beyond the individual and into the broader community. Even those who don’t practice any form of formalized witchcraft might be found carrying a rabbit’s foot in their pocket, or hanging a horseshoe above their door, or even standing a broom in the corner. Witches take these magical actions a step further and combine, amplify, augment, or otherwise expand upon individual talismans or amulets. Witches are the ones who can make the potions or charms needed to guarantee luck or repel evil. They are at a very fundamental level crafters in multiple, layered senses of that word—they overlay a magical craft onto handicrafts, and recognize the process of creation as a form of ritual unto itself.

Often, the process of crafting and creation goes beyond the boundaries of familiar and everyday use. Something used in one way for mundane needs experiences a transformation through magical operation, and becomes an object of power. One of the most readily apparent examples is the humble broom. Whether the broom is used for sealing a marriage (“jumping the broom”) or sweeping luck around the room, it functions as both a mundane tool and a magical one. It can even become the source of magical supplies, as broom straws are used to treat conditions like warts or the evil eye in folk healing rituals.

Similarly, we can see other physical objects that jump from their mundane contexts into magical ones, even busting the barriers that separate overt purpose from magical reinterpretation. One practitioner, who follows a generally Druidic path but draws upon folk magical influences, explained via correspondence in 2016 that she had created a “honey jar” type spell, which involves putting select ingredients—sometimes herbs, but frequently paper, images, or even personal objects like hair and fingernails—into a sweet mixture like honey, syrup, or sugar in order to obtain a favorable outcome. She wrote that she had been attempting to secure a mortgage, and decided to do a working on one of the bank officials involved in the approval process. After putting the jar together, she “tracked down his name and a picture and performed the…spell.  Guess it tipped things in my favor because the mortgage was approved the very next day!” While not every spell meets with success like this, the physical contact with ingredients and the ability to hold something magical in one’s hands surfaces again and again in practical witchcraft. Even witchcraft-adjacent magic, such as the treasure-finding work that Joseph Smith did before he founded Mormonism, required the use of physical props (in Smith’s case, special stones called “peep stones” that enabled him to find treasure and later decipher angelic writings).

The physical forms used depend on personal preference, traditional background, and local availability. In some cases, folk magicians lean heavily on the exotic or the unusual, even going so far as to procure incenses and herbs from mail-order or internet supply houses that offer things like dragon’s blood resin or frankincense. Just as often, however, a magical worker can find virtually everything she or he needs simply by walking through the doors of the local supermarket.

We can get very drawn into the aesthetics of witchcraft, because they are quite frankly pretty awesome. Who doesn’t want to bedeck themselves in black and silver and bones and fill their house with candles, incense, and stones? That aesthetic, however, is only a surface one, something we have reclaimed from pop culture in many ways (and an aesthetic which continues to inspire even in recent years). The physical manifestations of magical practice are oh-so-frequently a well-stocked spice cabinet, a drawer full of pins and bent nails or old wishbones or loose change, and a broom turned up behind a doorway.

And, if I’m being honest, a library a little overburdened with books of folklore.

The physicality of witchcraft is intimately tied with its effectiveness. Spells done naked in a bunker can be effective, but even Peter Paddon wrote a book on the viscerality of magic because he knew, as most who practice magic do, that spells aren’t pure abstraction or thought experiments. They are fleshy, and dirty, and sexy, and painful, and fun, and scary, and sticky, and…well, physical.

Tonight we look at raising children in a magical household and around a magical lifestyle. We also discuss negotiating the ‘spouse-space.’

We reference several books and ideas, and manage to skip some we should have mentioned. Please check out the links below for more on this topic:

Keep an eye out for more info on the New Orleans Magical Meetup on Novemer 8-10, 2013! You can follow the official Facebook page, or watch the website for more details!

Finally, keep an eye out for Fifty-four Devils, Cory’s soon-to-be released expanded cartomancy guide! Should be available within a week or so!

-Sources-
The book which Laine mentions is The Big Little Book of Magick, by D.J. Conway. 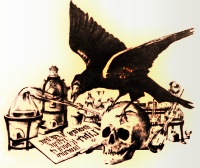 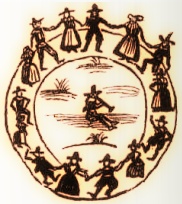